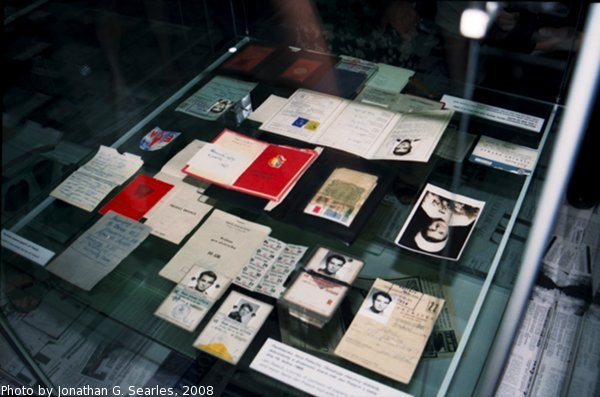 August 21st, 2008 was the 40th anniversary of the 1968 Soviet invasion and occupation of Czechoslovakia, so the Narodni Muzeum (National Museum) put on an exhibition of artifacts from the period. In several glass cases were the personal effects of those involved, including the dead. If I'm not mistaken, these were the belongings of Jan Palach, a student who burned himself to death in protest in Vaclavske Namesti a year after the invasion.
Suggested groups:
Comments