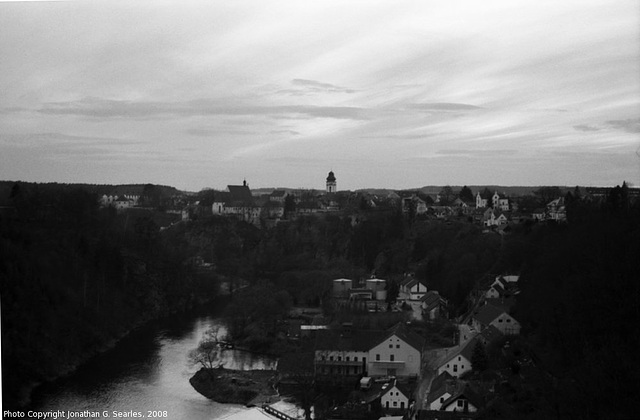 I almost forgot this one. I took two shots while going over the bridge into Bechyne (which crosses the River Luznice), and two on the trip back to Tabor, and this was one on the way back. Of the four, I thought this one came out the best, which I think was no small feat given how bad the light was. The sky is my favorite detail, but larger versions of this shot have nice detail on the town, too.
Suggested groups:
Comments