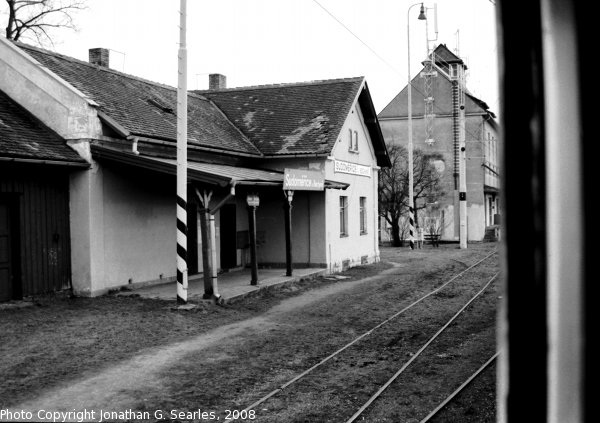 This was maybe the most important station on the route...it actually had a passing siding!! Generally, this line was one of the crudest electric railways that I've ever been on, but there were passengers on the train, to be sure, and there is something charming about primitive branchlines, even if modernization would encourage more "normal" (non-railfan) people to ride.
Suggested groups:
Comments