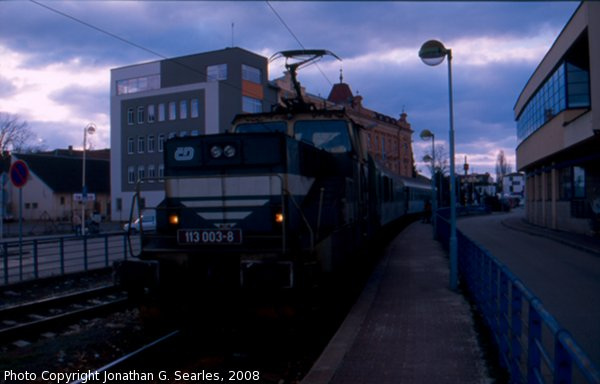 Now...back to the electric railway to Bechyne. This was the train I took, not the preserved original one (which does occassionally run railfan trips), but the modern one, however loose a sense. This Class 113 electric is probably about 30 years old or more, and would never normally be used for much but switching the yard of a large mainline station, but obviously it would be wasteful and bad for the track on this single-track branch to have a 163 or 363 class running this service. The dim light you see here is partly an illusion, as it was slightly gloomy out by this time of day, it was late in the day, and I only had 200 ISO film. This, however, was one of my last shots before I switched to Tri-X, which is 400.
Suggested groups:
Comments