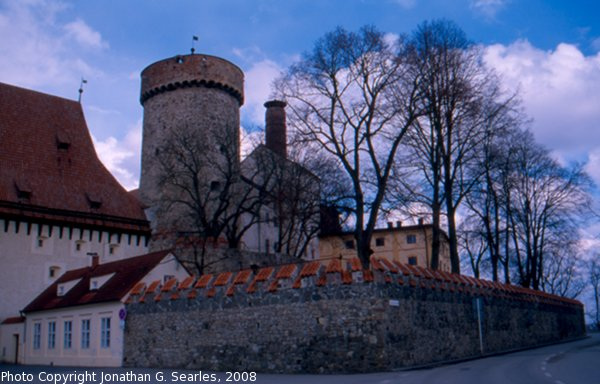 Tabor's castle, Hrad Kotnov, was built in 1420, although like many castles it has been rebuilt many times since. The tower is the only original aboveground part still intact. The current castle is more the product of the 1532 reconstruction, after it was burned down in a fire, and the 1613 reconstruction, when it was rebuilt into a support facility for a brewery, which was physically connected in 1844. The brewery remained in operation until 1981, and then the castle fell into disuse before being reconstructed, as both a brewery and tourist attraction, in 2004.
Suggested groups:
Comments