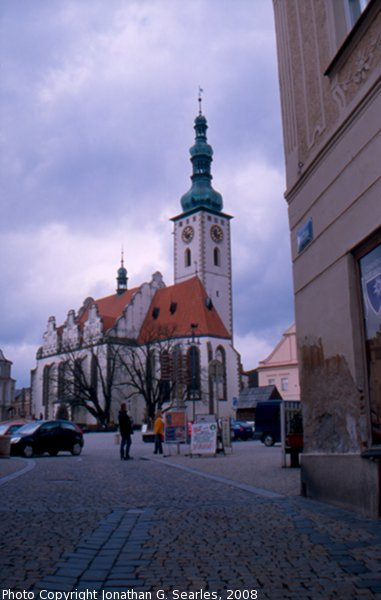 Named after the church of the same name on Mt. Tabor, where Jesus is said to have revealed his identity as God's son. The original Church of the Transfiguration is long gone now, having been demolished in the 12th Century (a new church, the third to stand on Mt. Tabor, was built in 1924, and still exists today), but this church, in Tabor, Bohemia, was built in circa 1480-1512, and rebuilt in Baroque style in 1677. The church tower is open to the public, although the tourist information I've found says that you have to climb 250 stairs to get to the top.
Suggested groups:
Comments