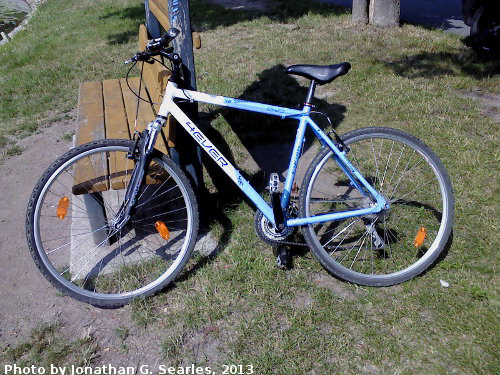 This was the rental bike, which I acquired from the Hotel Golf. It appears to be a make called 4Ever and a model called Galant. I'm never sure with bikes. In any case, the hotel appeared to have two of these. I made two trips over almost the same route on different days, and this one, the first one that I used, seemed to run better. In general, while I've never heard of the make "4Ever," this was a relatively smooth-running bike that was easy to get up and down hills quite quickly.