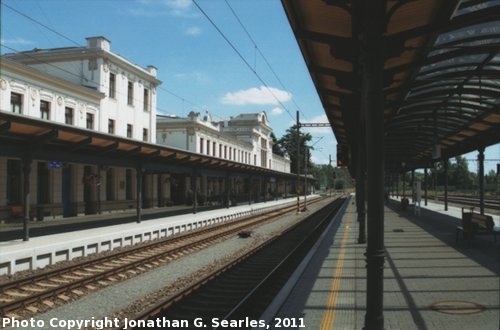 Here's a much better view of Nadrazi Marianske Lazne, with its 19th-Century Austrian architecture. The station may have always been bigger than it needed to be, and today it's absolutely immense, not that that's a bad thing for the future, when oil prices will skyrocket.
Suggested groups:
Comments