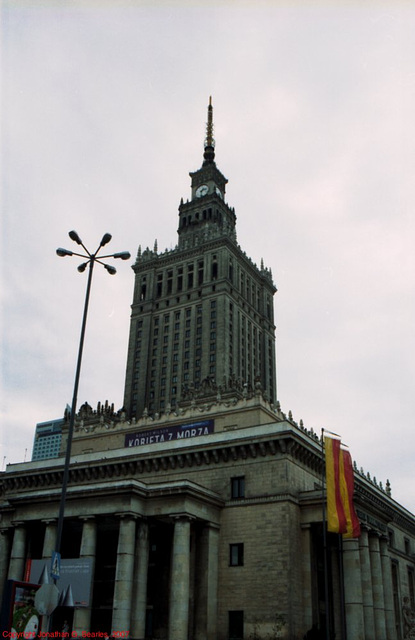 These shots are a little bit out of order, but I think that if I put them in this order, rather than their correct chronological order, my story will make more sense. :-) This is the Palace of Culture and Science, or "Pałac Kultury i Nauki," in Warsaw, Poland. It was built in 1952-1955, and originally dedicated to Joseph Stalin, as Soviet money financed it, although this was quickly revoked with the Destalinisation reforms in the Communist Party during the late 1950s and early 1960s. The building has long been exactly what its name indicates, having a theatre, a cinema, a science and technology museum, and many other things having to do with history, the arts, culture, science, and technology. One of the odder footnotes in its history was that it was the first ever Communist venue to host a Western rock band, the Rolling Stones, in 1967.
Suggested groups:
Comments