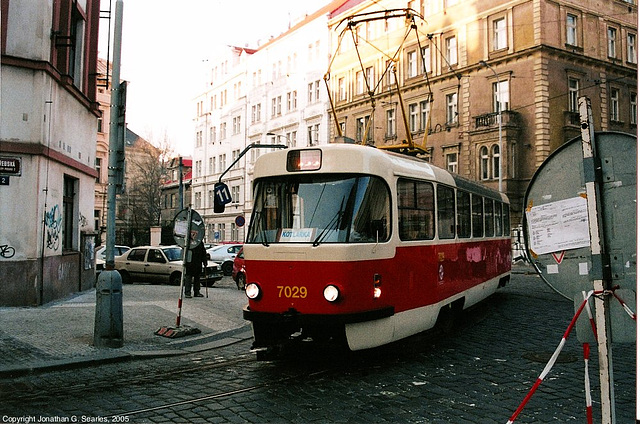 When I was living in the tiny Prague neighborhood of Zvonarka (adjacent the equally tiny neighborhood of Amerika), I was awoken one morning by the sound of a tram on the Zvonarka wye. The Zvonarka tram stop isn't currently active, as people living in Zvonarka and Amerika now use the Bruselska or I.P. Pavlova stops usually, but when there's trackwork blocking a line they'll sometimes terminate trams here. It wasn't the case on this particular day, however, as they were shooting a movie or TV show, and needed a tram stop and a tram, so they called up DPP! 7029 was masquerading as tram service 11 on this occassion, although Zvonarka isn't on tram 11's route. I never found out which movie or TV show was being shot, though.
Translate into English
Suggested groups:
Comments