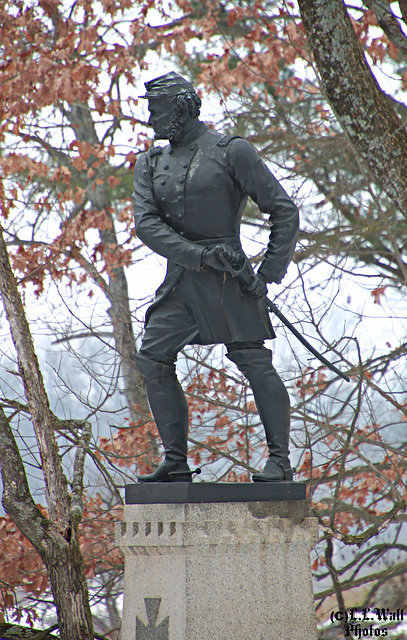 American Civil War, Battle of Gettysburg; July 2 1863 -- During the second day of the 3 day battle, Colonel Strong Vincent (yes, an unusual name) was in command of a brigade (4 regiments, approximately 1400 soldiers) of 5th Corps of the Union Army; this brigade was being sent to reinforce the huge fighting in an area known as "The Wheatfield". Meanwhile, Union Chief Engineer General Gouverneur Warren had seen that the tactically important hill known as Little Round Top was totally undefended and about to be attacked by Confederate troops. With no authority to do so, Warren and Vincent counter-marched the brigade, got it up the hill, and formed a battle line just minutes before the Confederate assault struck, repulsing it in a bloody hours-long fight. Holding the hill saved the Union Army from being flanked into defeat and into retreat that day. Col. Vincent was one of the many Union officers shot down on Little Round Top, dying of his wound 5 days later, after being promoted to Brigadier General; he was 26 years old.