Every day is plaid day 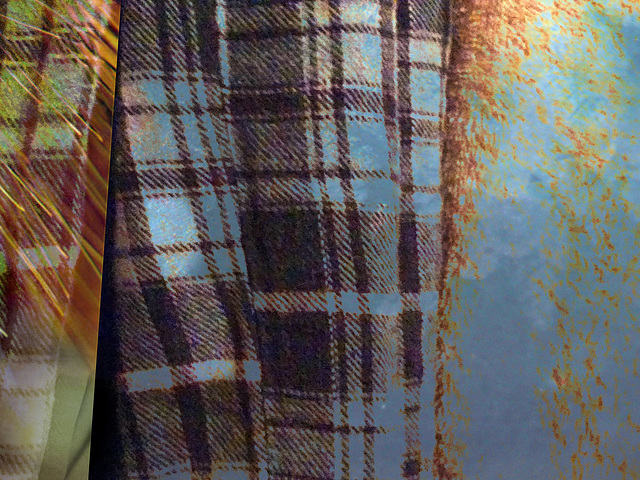 I've been experimenting with a widget called Magnifying Glass for my phone, which has a built-in flashlight. These five abstracts were done inside on random, boring items for the purpose of making photo artwork. Only one of them is left as-is, except for making it b&w. I was delighted by how clear the shots were, as opposed to enlarging on my phone camera, which looks terrible. The flashlight works much better than the camera flash, too, because it isn't nearly so harsh.

The Google App Store has Magnifying Glass, so it's for Android. I would say it's only useful for middling quality phones such as my middling quality LG and matching skill level. It's FREE!!!

Pam J club
WILLIAM WALLACE WILL BE PLEASED!!
5 months ago. | Permalink
Diane Putnam club has replied to Pam J club
HAHAHA! I'LL TRY TO BE BURIED IN MY PLAID PJs, THEN.

THANK YOU, PAM!
5 months ago. | Permalink