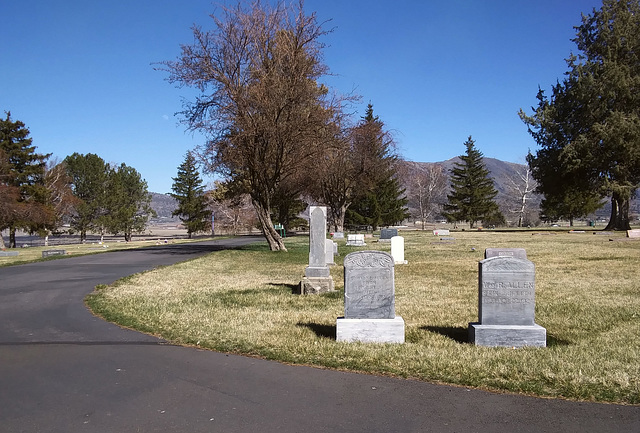 Edward L. Allen and Wm. R. Allen. Two of ten siblings, a few of which are also buried here. They seem to have been natives of Wisconsin, as most of this family is buried there, as well as in North Dakota. The obituary of a Wisconsin sister, Miranda Allen Holt, mentions "three brothers, David, William and Edward Allen of Klama [sic], Oregon."

My guess is that three Allen brothers struck out for Oregon during the time there were homesteads offered in the Klamath Basin.

Keith Burton, kiiti, Annemarie and 2 other people have particularly liked this photo

Keith Burton club
A lovely set of photos from this very well maintained cemetery Diane. I love to have a wander round these places............there's always something interesting to photograph and some fascinating history.