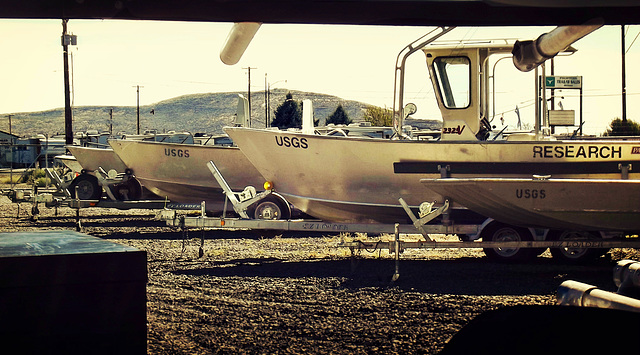 U.S. Geological Survey (USGS) boats used to research the possible effects of dam removal along the Klamath River. www.usgs.gov/science/science-explorer?lq=klamath+river This highly controversial proposal has been under ecological and economic investigation for several years. Environmentalists and Klamath Tribes are for it, farmers and associated services are generally opposed.

Removal was proposed in order to save the rapidly dwindling salmon population, which cannot get above the dams in order to spawn.

Martine
Un joli cadrage original.
3 years ago. Translate | Permalink
Diane Putnam club has replied to Martine
Thank you, Pierre - but, it was through a fence, so not my choice of framing. : (
3 years ago. | Permalink