Latest posted Navigate on the map Photos with specific people Most appreciated Most viewed Most commented Search by keywords Search by date
See also... Ronald Losure's
favorite photos All the photos where
Ronald Losure appears

Three or maybe four whitetail deer passing by my critter cam on 3-4 December 2021. 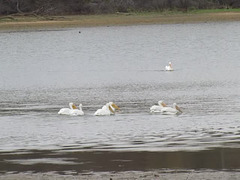 This hummingbird was filling up on sugar syrup. She is feeding her babies in their nest a few hundred feet away.

Whitetail deer gathering for the night

Some nearly full-grown fawns were playing peek-a-boo with each other. 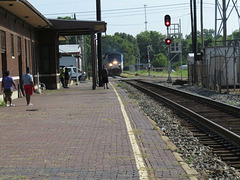 It's the train they call "The City of New Orleans"

Southbound pulling into Greenwood. For a famous song about this train: www.youtube.com/watch?v=OfxoM6trtZE More about the song: en.wikipedia.org/wiki/City_of_New_Orleans_(song) Made with GIFMaker.me

A partial solar eclipse on 23 October 2014, seen from Columbus, Mississippi. Made with Apple Photos.

The Blue & the Gray

A poem and song about the American Civil War. Lyrics by Francis Miles Finch Music by John Purifoy Performed by the Columbus Choral Society Video by Ronald Losure

Garip & Branco playing in the pond

In November 2016, I hired my neighbor to repair the dam that makes my pond. He has lived here all his life. (He's in his upper 60s.) He said this pond was old when he was a boy. Beavers had burrowed through the dam, and trees had fallen, taking big chunks of the dam with them. He repaired the dam, and deepened the pond. Here is a time-lapse movie of one day's work.

I went back through my old photos and found this short video of a flying squirrel.

Coyote walking in the forest

In the middle of the afternoon (2 June 2017) my "critter cam" saw this coyote walking by.

One bird has been sitting on the nest for a long time. The other arrived a half hour before this and is now taking over child care duties.
Jump to top