A window in a window 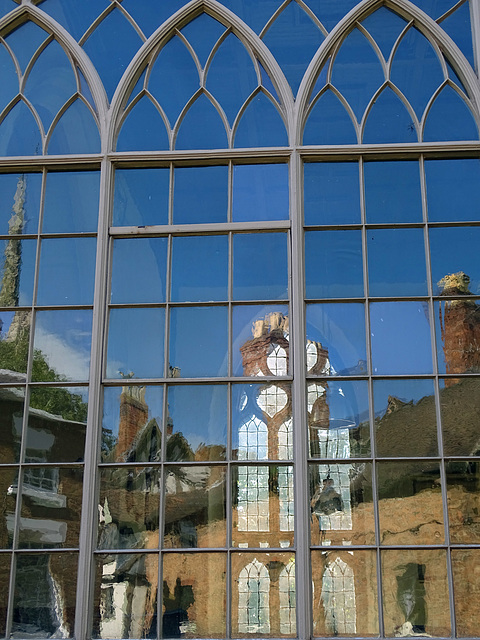 St.Alkmund's Church stands at the highest point in the town of Shrewsbury. The church was rebuilt in 1795. A few alterations were made in the 19th century, but starting in 1895 a major programme of work was carried out which transformed the appearance of the church.

Two world wars and a drastic re-organisation of parish boundaries left St Alkmund's short of money, and the building gradually fell into disrepair.

Since the year 2000 a major effort has been made to rescue the building. The work has included re-roofing the church, installing photo-voltaic panels on the roof and re-glazing the windows with handmade clear glass as they would have appeared in 1795. This photo shows one of the clear glass windows with another clear glass window on the other side of the aisle. The reflections include a somewhat wobbly spire of the nearby St.Mary's Church on the left, and the surrounding buildings include the roof of the Bear Steps Cafe and art gallery. 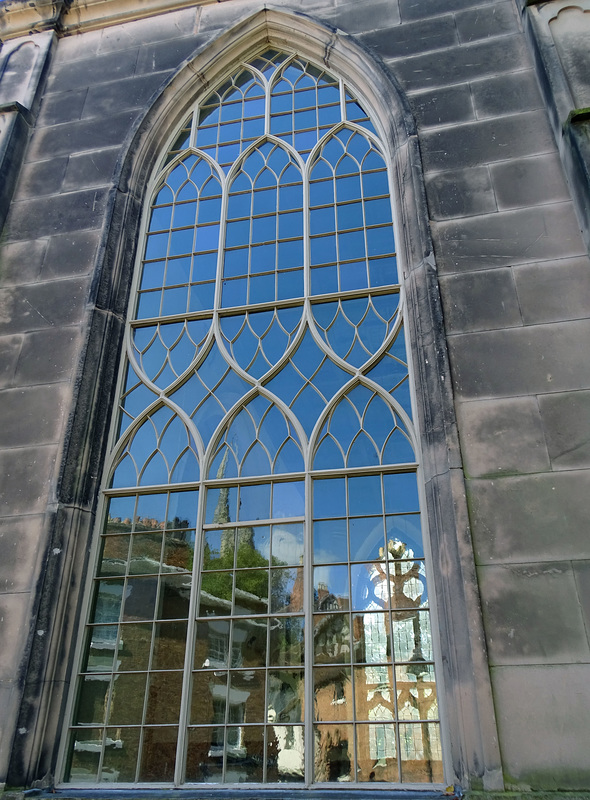 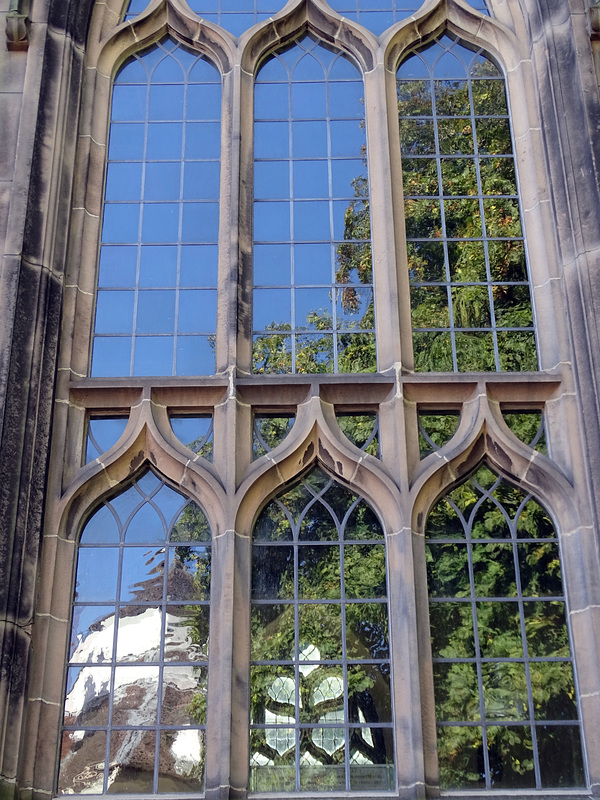 Doug Shepherd, Marie-claire Gallet, tiabunna, Joe, Son of the Rock and 5 other people have particularly liked this photo

John Lawrence club
Thank you for posting your wonderful image to
Interesting History
6 weeks ago. | Permalink

Joe, Son of the Rock club
Lovely architecture, Amelia, and magical reflections. Lots of great shapes to look at. All the best, Joe
6 weeks ago. | Permalink

Gudrun club
The reflections are fabulous, there are so many layers to them!
6 weeks ago. | Permalink