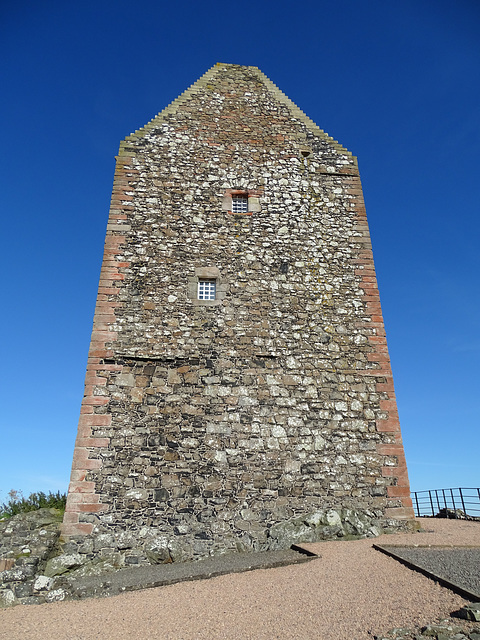 In the Scottish borders a line of Peel towers was built in the 1430s across the Tweed valley from Berwick to its source, as a response to the dangers of invasion from the Marches. Sited high on a rocky outcrop, Smailholm is a small rectangular tower set within a stone barmkin wall. This 65 ft (20 metre) towerhouse was built by the Pringle family.a well-known Scottish Borders family. In common with all Scottish peel towers, it was built to provide its occupants with protection from sporadic English raids. Today you can enjoy stunning views of the surrounding countryside from Smailholm Tower’s battlements.

The last owner, the Earl of Ellesmere, handed the property into state care in 1950. It was restored in the 1980s, and now operates as a museum for Historic Scotland. We were very impressed with this site. It's beautifully maintained and the history is interesting.

The PiP shows the view of the Scottish borders from the battlements. 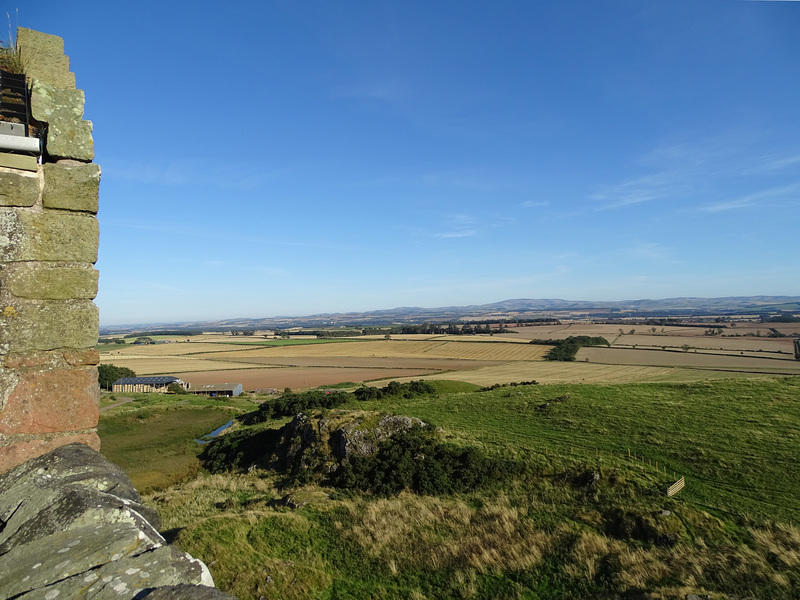 ColRam, Annemarie, Chris10, Ulrich John and 4 other people have particularly liked this photo

Doug Shepherd club
Terrific pair of images Amelia. The main one gives a great impression of the height of the building with the second clearly showing the commanding view over the open landscape, the reason for its existence and position. Thanks for the interesting notes.
7 months ago. | Permalink